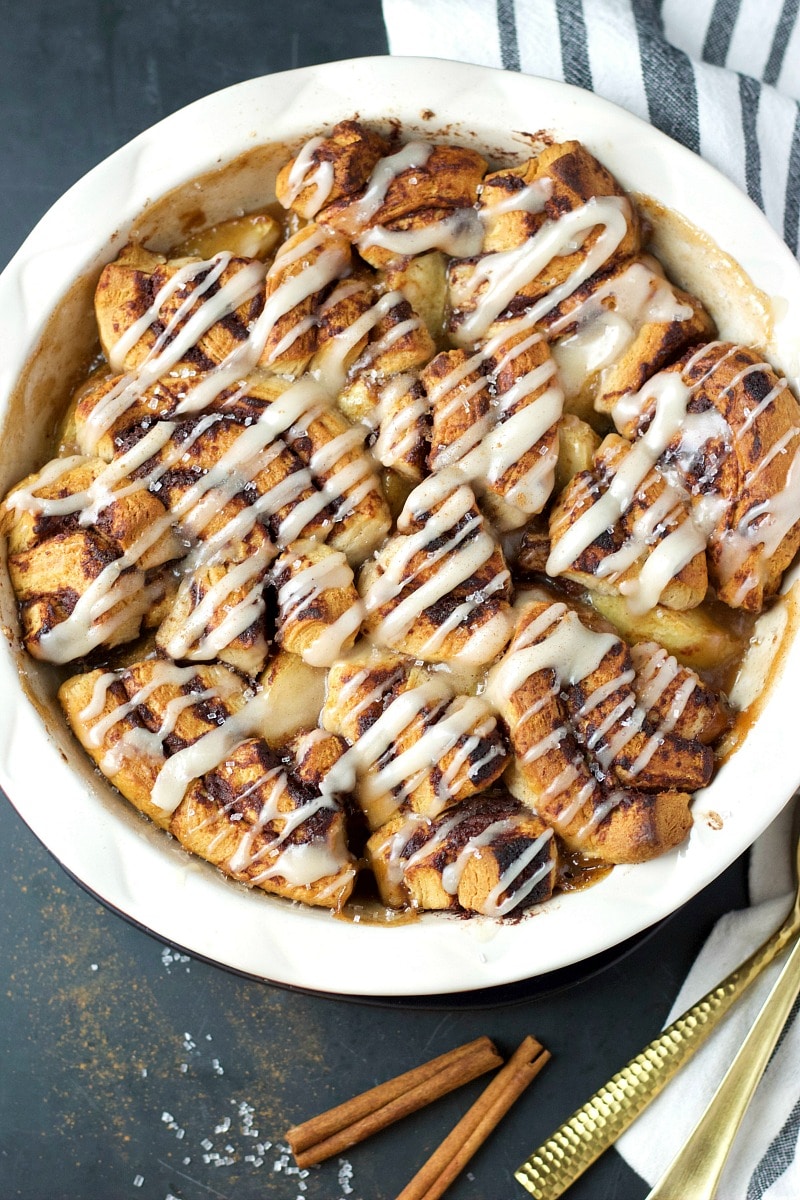 Every once in a while you come across something so good, I mean soooo good... that it’s actually bad!

Get what I am saying??

What I mean is, you can’t really stop at one bite!

This happens to be the case when you combine the perfection of a fresh baked apple pie + an irresistible batch of cinnamon buns. As if either could get any better... until it actually did. 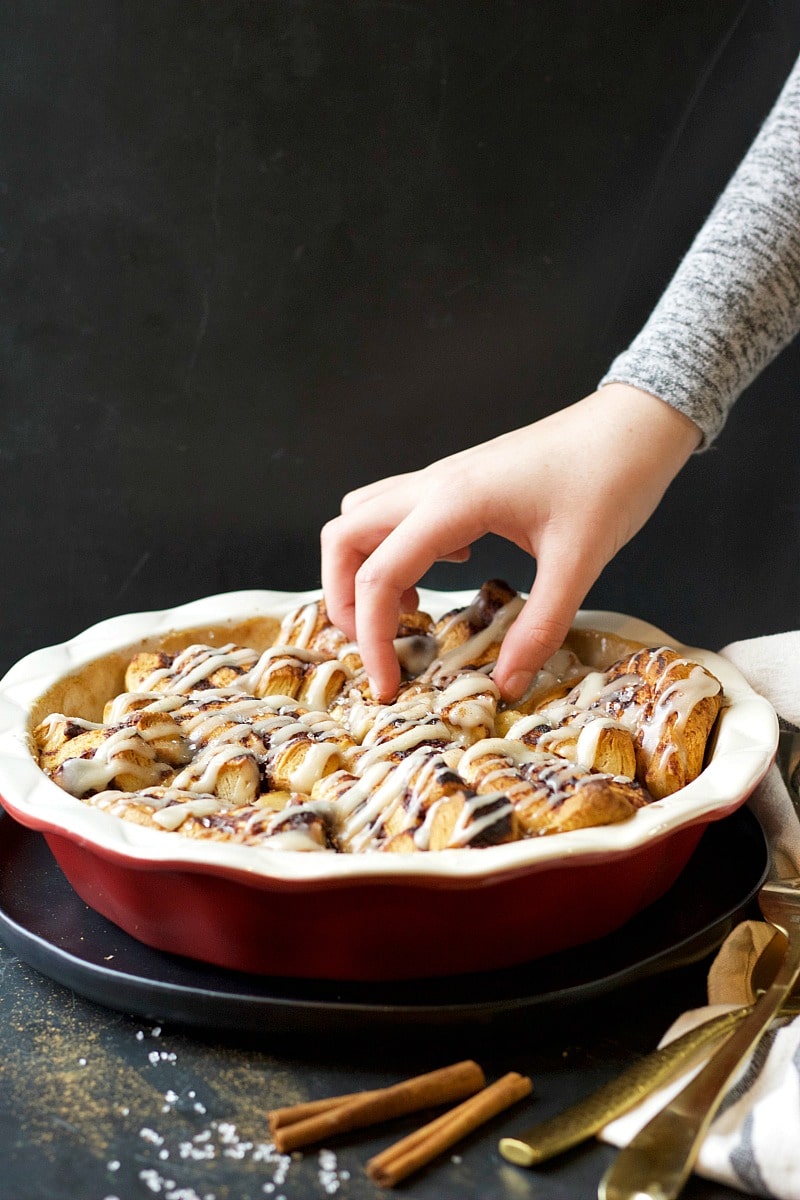 But hopefully you are planning on making this goodie during the Holidays or to serve at a dinner party, or family gathering, were there will be a lot of people competing for a scoop.

Solution two if still needed, is to [casually, almost unplanned] cut the cinnamon buns into halves and quarters, so they are actually bite size, manageable, sharing portions. Perhaps this will trick your mind to think you’ve had enough after 2 or 3 “bites” which technically isn’t a whole bun. 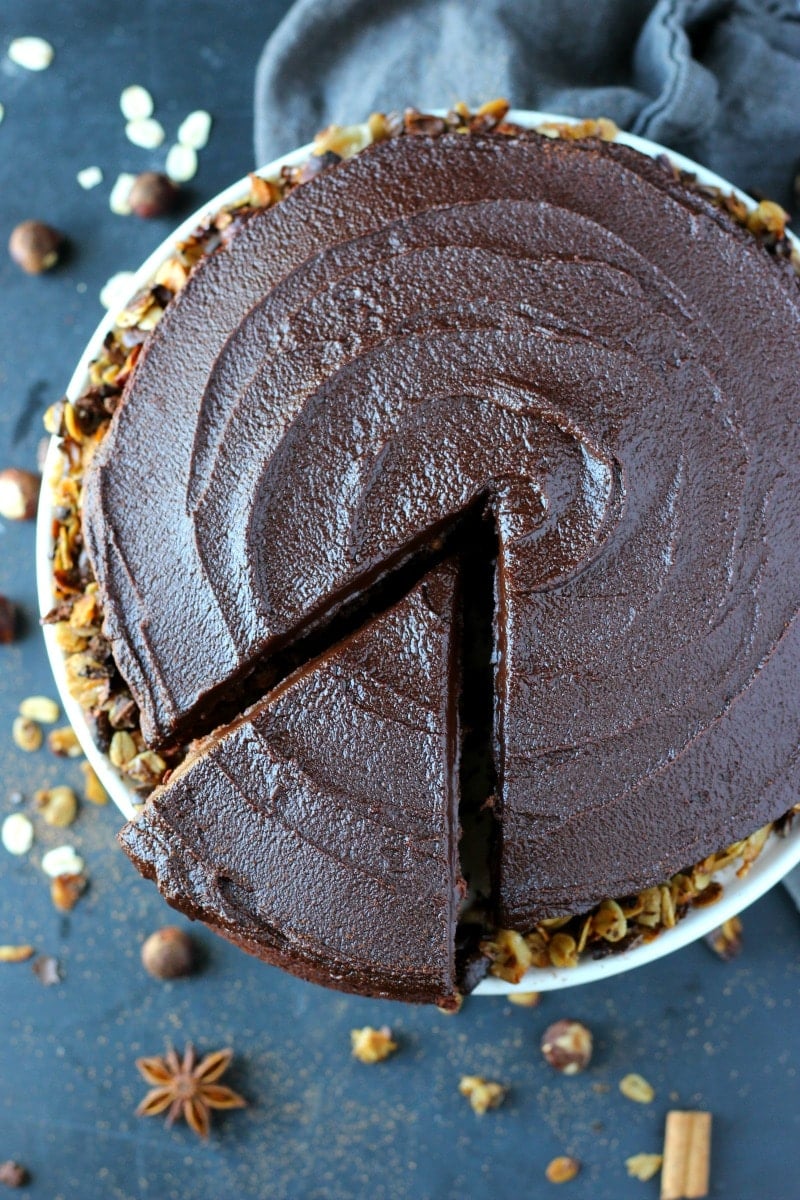 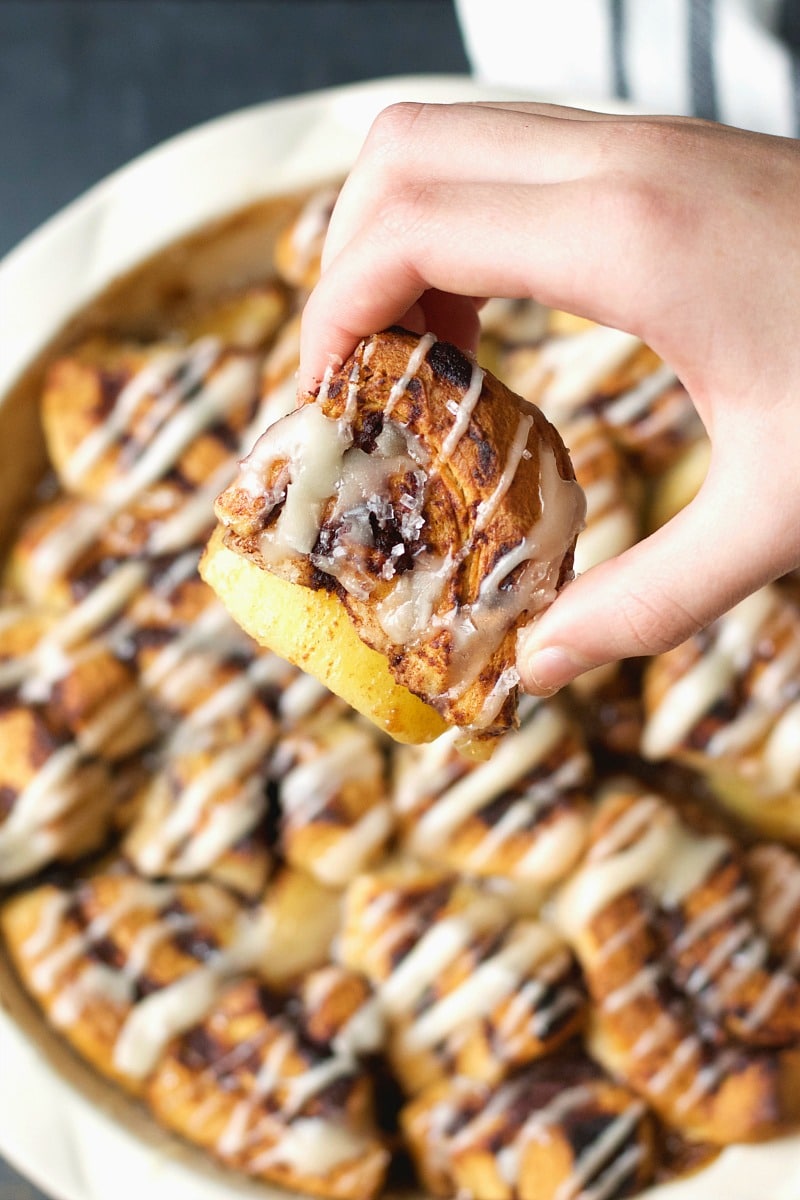 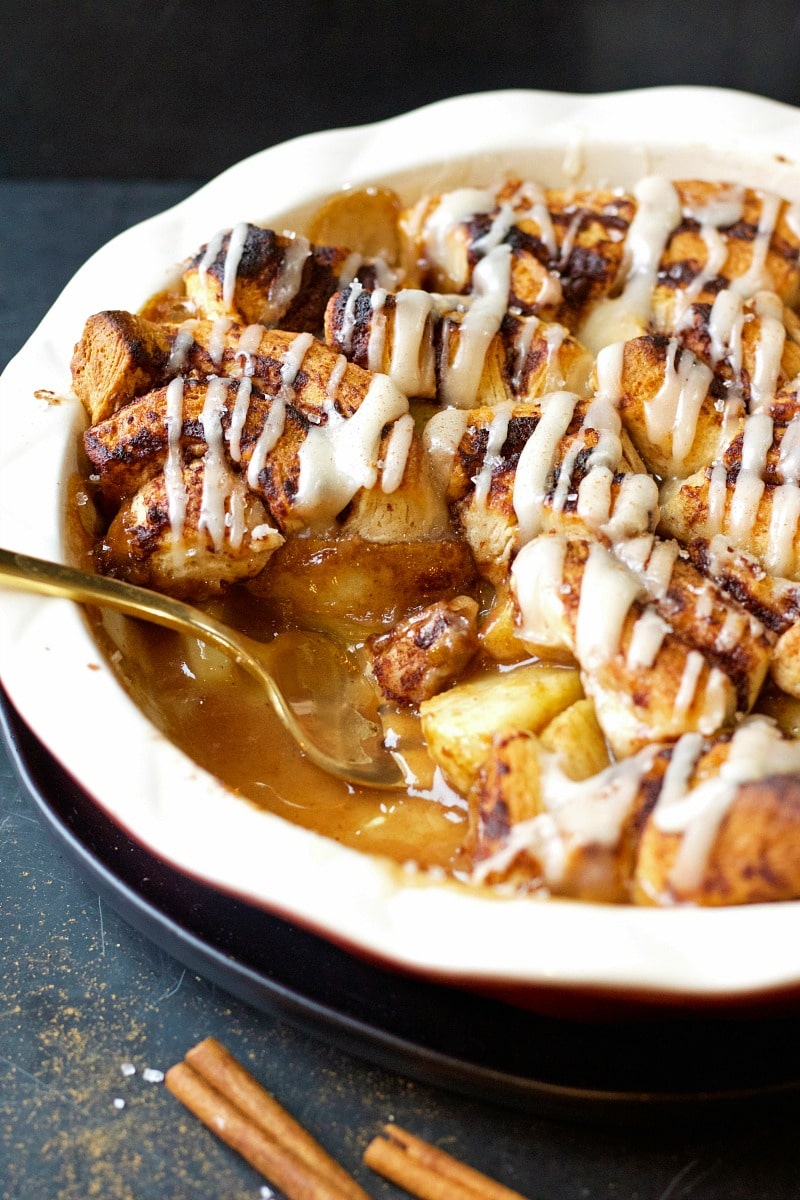 Make this EASY breezy Cinnamon Bites Apple Cobbler and watch everyone drool over it and pick at it. My family could not resist until after dinner, so I opened an exception and allowed for a small sampling before their meal. After all, I can’t blame them for wanting to dive in! 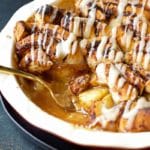 Get this FREE e-book and receive exclusive content via email!

My goal is to make cooking simple and enjoyable! Garden in the Kitchen is full of easy and balanced recipes for busy families. Classics get a healthier twist with additions of veggies or alternative ingredients.

Learn more about me →